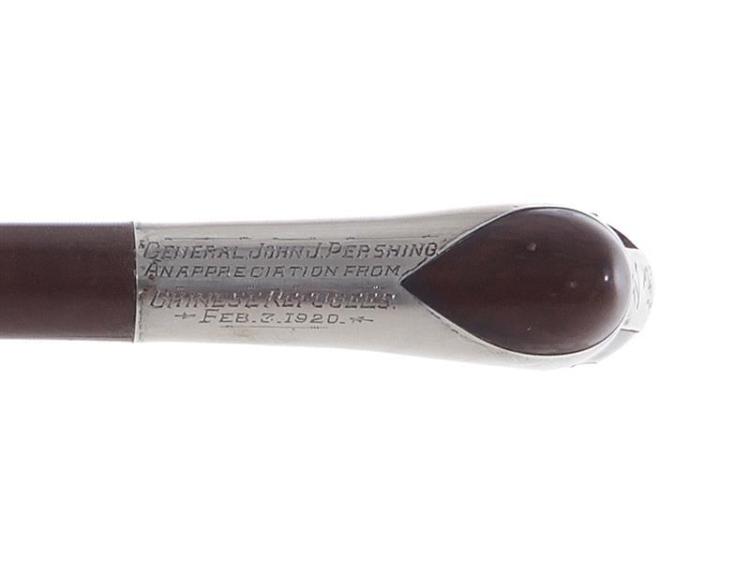 Other Notes: By the start of the 20th century, Chinese immigrants had carved a niche across northern Mexico. Yet, their economic success had become a "national embarrassment" in the political climate of the revolution. This growing immigrant community became a target for racially motivated violence; including the 1911 massacre of some 300 Chinese in Torreon. Which ultimately resulted in expulsion from their adopted homes.
When General John J. "Black Jack" Pershing (1860-1948) crossed into Mexico in 1916, the local Chinese stepped in to provide American troops with various sundries, such as laundry services and supplies, which comprised about all the luxuries known to the men during this campaign in a poverty-stricken country. Services were furnished by Chinese, and by them only.
This behavior understandably raised the ire of Pancho Villa, and when the Punitive Expedition withdrew, many Chinese feared retaliation. Yet, standing in the way of safety across the border was the Chinese Exclusion Act, which barred Chinese immigration to the U.S. Only after a great deal of political maneuvering could General Pershing bring 527 Chinese across the border, they are known as the "Pershing Chinese."