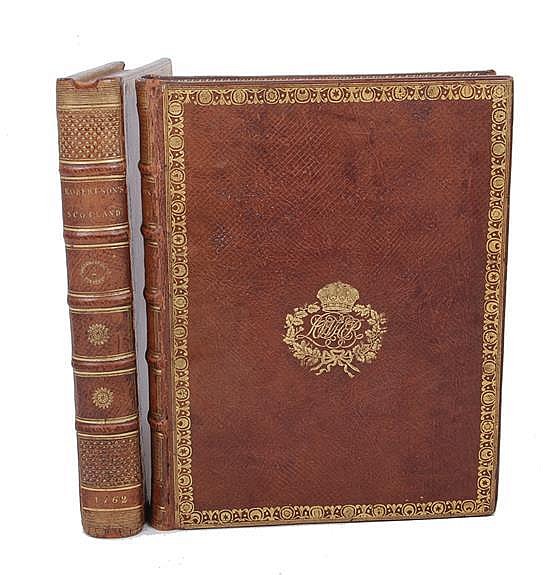 Other Notes: Bookplate of Hugh Cecil Lowther, Earl of Lonsdale (1857-1944)
After his father's death Hugh Cecil Lowther became one of the richest men in England, with estates which included the Whitehaven collieries, and this enabled him to lead an ostentatious lifestyle, employing yellow-liveried footmen and a special train for his household. He also used his wealth to pursue his various sporting passions, including hunting, boxing (he became the first president of the National Sporting Club), horseracing (as the first president of the International Horse Show at Olympia), and cars (being the first president of the AA). His flamboyant style also led him into associations with famous actresses such as Lillie Langtry and Violet Cameron, who bore him a daughter after he took her opera company to New York. He participated in an Arctic expedition, during which he collected a huge number of Inuit artifacts which he donated to the British Museum; and he entertained European royalty, including the Kaiser, on his estates. (Courtesy St. John's College, Cambridge University)