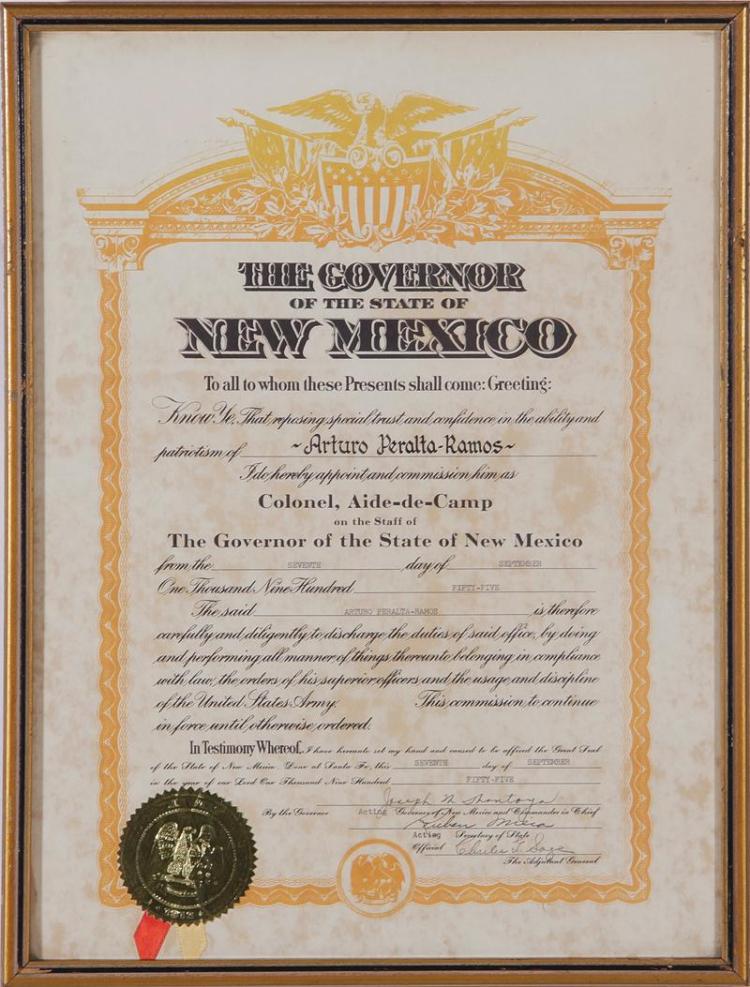 Description: Original play script by Norman Krasna, and presentation circa 1958, Norman Krasna (1909-1984) original play titled MY WIFE AND I, opened on Broadway's Martin Beck Theatre on March 3, 1958; the 1960 movie version was renamed WHO WAS THAT LADY I SAW YOU WITH? a comedy starred Tony Curtis, Dean Martin and Janet Leigh. Script is addressed to Leland Hayward, New York City.
Together with Colonel, Aide-de-Camp of The Governor of New Mexico presentation; presented 17 September 1955 to ARTURO PERALTA-RAMOS, signed by acting Governor Joseph M. Montoya, and Charles G. Sage (2pcs)